Homes today are more reliant on electricity than ever before, but the power grid is not always reliable. We need to ensure that our homes and businesses are protected from power surges and brownouts. Surge Protection is very important, and Bell City Mechanical will provide the services needed to help keep your electrical systems from any voltage spikes and other power anomalies.

All appliances in your home are connected to a circuit breaker panel which has a number of circuits, each having a specific purpose. A 1 surge protector will divert excess voltage away from your appliances, preventing surges or spikes that can damage or destroy them.
One type of surge protector, called Type 1, provides protection for both the wiring in your home and commercial business as well as the devices plugged into it. Call Bell City today and our team of professionals will help you with your electrical needs. 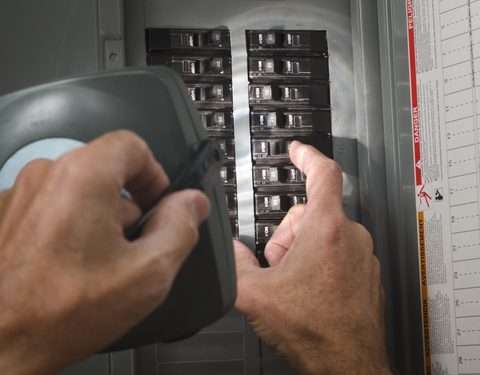 Brantford is a city in Ontario, Canada, founded on the Grand River in Southwestern Ontario. It is surrounded by Brant County, but is politically separate with a municipal government of its own that is fully independent of the county’s municipal government.

Brantford is situated on the Haldimand Tract, traditional territory of the Neutral, Mississauga, and Haudenosaunee peoples. The city is named after Joseph Brant, an important Mohawk leader, soldier and farmer. Brant was an important leader during the American Revolutionary War and later, after the Haudenosaunee moved to the Brantford area in Upper Canada. Many of his descendants, and other First Nations people, live on the nearby Six Nations of the Grand River reserve south of Brantford; it is the most populous reserve in Canada.

Ready to get started?